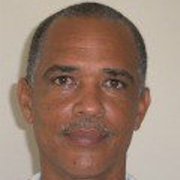 Colin currently coaches several primary and secondary schools throughout Trinidad. He represented St. Mary´s College from 1970-1975 Under -14 to Under-19 and Trinity College in 1976 at the Under-19 level. After leaving St. Mary´s he represented Phoenix Football Club of Tunapuna and then went on to join Maple Sports Club of Port of Spain.

During the years 1978-1992 he was one of the team´s leading wing defenders.He became Captain, a member of the Management Committee, and also assisted in coaching the team. While with Maple, he represented The Trinidad and Tobago National Senior Team.

In 1994, he made a giant step into the coaching arena by earning the English Football Association (FA) Badge Qualification. In 1995 he became coach/player of Klans Football Club of Diego Martin which won is North Zone Division and was promoted to the first division. Colin was awarded North Zone Coach of the year Award for 1995 and was appointed an Assistant Coach for the Trinidad and Tobago National Women´s Team from 1996-1998.